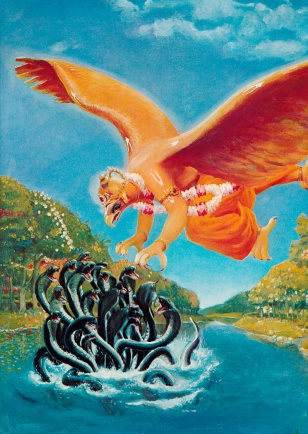 Facts about Garuḍa - bird carrier of the Supreme Lord

Garuḍa - explore more within this category.