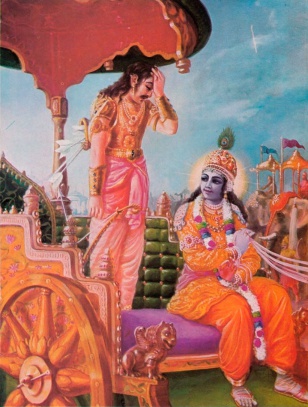 Krsna and Arjuna at Kuruksetra

Facts about Arjuna - a Mahajana

Srila Prabhupada's books, lectures, conversations and letters offer a comprehensive presentation of this essential subject as seen in the Vaniquotes Arjuna category. An introduction to Arjuna from Srila Prabhupada's teachings is given below in the following 10 quotes.

Arjuna - explore more within this category.